From dog-eared, underlined college textbooks, I learned about extreme poverty and AIDS, the Holocaust and cancer, war and rape. I read Stephen King , which kept me up at night for years. In perusing those adult shelves, I learned an expensive lesson: nothing I read could ever be unread. To me, books were the world, transported to my teenage bedroom in my tiny upstate town. Reading is a leisure activity, a luxury, and it demands time. I travelled abroad after graduating from college, and backpacking through Asia, I was mostly — embarrassingly, now — amused at the illiteracy I encountered.

From Laos to India, I took pictures of signs spelled ridiculously wrong, and I never questioned the relative absence of bookstores, or libraries, or books in general. I worked on farms, but I never tried going into a school to see what it was like. For better or worse, I never noticed the problem enough to even… notice.

Instead, I managed to find the books I needed at hostels. Every hostel had a cycling shelf, a tiny library, Lonely Planets mixed in with trashy romances, travel novels, the rare Bill Bryson , the more common Paulo Coelho. The books were almost all in English. I did fine. I was in Antigua, Guatemala — a colonial, touristy city an hour southwest of Guatemala City — and I was starting to write my own book, about Latin America, traveling alone, and teaching English.

The library, one long room, was usually empty, except for the librarian and me. She sat behind a desk, and behind her were the shelves. If I needed a book, she had to retrieve it for me. No families came in, no young couples, no retired folk. No one. No one touched the books, or wandered from one subject to another, or opened books at random and then put them back.

No one sniffed the pages. Books, I realized sharply, suddenly, are too expensive. Guiltily, I remembered the crammed shelves of my childhood. The literary world is a sealed one, and as I held the expensive books in my hands, I realized finally how hard it is to break in. I traveled another year, and then I moved back to the States and became a teacher. New Mexico is a poor state.

In a largely Hispanic town, the event was dominated by white people, because they are the ones who know about our magazine, submit to it, and read it. Meanwhile, I do my best. Instead, I call on a student to read aloud. I make sure we read as a class every day. I give extra credit to students who submit to our litmag, and I spend hours contemplating writing prompts.

I think that to want to read, you have to love books, at least a little. You have to know what reading has the capacity to do. You have to have seen for yourself where it can take you, what it can show you. So many people never have. In , images speak louder than words — and usually do. Time is tight and must be budgeted carefully. And I am the one percent, the girl who grew up rich in books, who put in her 10, hours of reading by the time she was Last winter, I went home for Christmas.

At the bottom of my box was a story I wrote when I was 10 or 11, a Christmas tale about a girl who sees a beggar in the street. What I recall is being struck by the quality of the punctuation, the spelling, the formatting.


This year, my resolution is simple: to drink profusely of the written word. I will pass along good books; I will write reviews; I will read excerpts in my classes with my students. I will work to cultivate in my community a love for reading. I will check my privilege, because I have something that many do not: I have access to worlds upon worlds.

I will make the time to read, for those who read grow rich. Image Credit: Wikimedia Commons. I hold no truck with these brooding, morally ambiguous, defanged posers. Bite or get off the pot. I am a HUGE fan of vampire criticism. Probably more so than I am of vampire literature. Definitely looking forward to part two.

And after that, can we talk about zombies and their meaning in society and culture? The question of vampire is still rife in many a minds. I have watched countless movies and read many books on the same subject, but there is never a good explanation as to what they are. They just take the shape of the creative mind of the writer or movie writer. They confuse me.

Yes—lets talk about zombies! Films with mass zombie epidemics seem just to represent the Hobbesian war of all-against-all, but, increasingly, I think that in a more general way zombies represent all of the under-motivated, unintelligent, accidental evil in the world insurance co. As it is, with all the zombies around, impotent rage and quiet, bit-by-bit spiritual devastation are the order of the day. 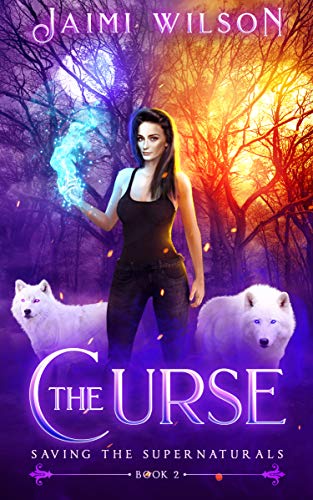 Emily, I like the way your mind works. A lot of us agree that zombies are scarier than vampires, if only because they seem the likelier danger. Your comment sheds a little light on that. Harris is writing for adults, Meyers for young adults.

Yes, plenty of adults are reading her books, but I still think this different intention needs to be taken into account, as it may affect choices in depiction of good and evil, vocabulary, etc. Yes, audience is important and I should have mentioned it, but, ultimately, I think that H and M have very different worldviews and that these divergent worldviews would make for this same difference, no matter what they wrote or for whom.

Bella gets everything she could possibly want and sacrifices virtually nothing. I love vampire Lit and criticism. I definitely think it reflects current culture. I grew up on Hammer Horror movies with Christopher Lee crumbling into dust at the sight of a crucifix, and have a bit of a problem with undead who drive Volvos. This is where the author establishes the conventions that will later factor into the story, and discards those for which she has no use.

The traditional vampire survives by hunting people and drinking blood, comes out only at night, is immortal unless killed in special ways, is eternally young, and is repelled by garlic and religious icons. Writers of vampire fiction tend to bend the conventional mythology to their narrative and character needs.

If they need the vampire to travel during daylight, then the author will come up with a loophole. Lots of vampire stories get rid of the garlic and the crosses. The recent spate of sexy vampire stories pushes the bloodletting to the background, for the same reason that predecessors have tossed out the garlic.

These vampires forestall predation not to mirror our concerns with ethical consumption, but because the predatory aspects of vampirism are uninteresting to the authors and inconsistent with their narrative objectives. Writers like Charlaine Harris and Stephanie Meyer are recreating the vampire as a romantic hero, and they are interested in his eternal youth, immortality, and supernatural specialness.

The actual vampirism is an inconvenience to be dispensed with so the sexy vampire can fill this role; his bloodlust makes him broody and aloof in a sexy way and adds a sexy hint of danger to the courtship narrative. But he never needs to pop off and kill somebody; Edward can live on animal blood, and Bill can buy fake blood at the supermarket. The central moral or ethical problem of the vampire is that he preserves his own life and youth by inflicting harm and death upon others.

What Harris and Meyer are doing is exactly the opposite of presenting vampirism as an ethical metaphor. The eternal life and eternal youth of the vampire are no longer unholy gifts purchased with innocent blood. Such a parable would focus on balancing the costs of consumption with the costs of abstention. Instead, these authors write about ordinary girls who attract the undying passions of men who are imbued with supernatural sexiness.

The costs are marginalized.